2004 was a significant year for both the Peanut Company of Australia and for Kingaroy, the town which PCA calls home.

PCA celebrated its 80th Anniversary while Kingaroy celebrated 100 years since the railway came through and the first town blocks were sold.

Back in 1961, PCA (then the Peanut Marketing Board) was helping Kingaroy celebrate another milestone, the 50th Anniversary of the founding of Kingaroy Shire Council … and of course there was a parade … 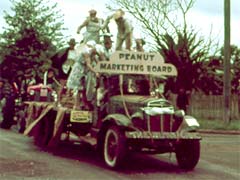 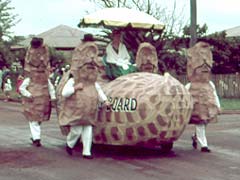 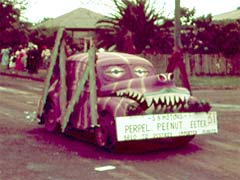 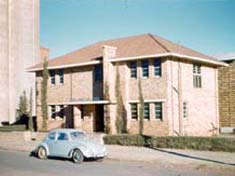 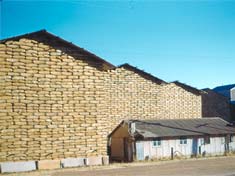 Stacked bags of peanuts at the PMB