History Of The Australian Peanut Industry

Peanuts have been grown in Australia since the 1860s but only became a commercial crop in the early 20th Century.

At first they were mainly grown by Chinese immigrants for domestic use, especially during the Palmer River goldrush in North Queensland.

Although there is one report of “ground nuts” being grown by a farmer in the Condamine region in 1861 no serious attempts were made to grow peanuts commercially in Queensland until the early 20th century.The first peanut farmers in the Kingaroy District included Samuel Long who planted three acres near present-day Corndale in 1901. (Information from Ralph Magnussen)

B.J. Johansen planted a crop in about 1915 beside what is now the Bunya Highway.

Brothers Ben and Harry Young, of Memerambi, are widely regarded as the pioneers of the South Burnett peanut industry. The sons of a Chinese immigrant, Ah Young, they planted their first crop in 1919. Harry Young subsequently designed the first peanut thresher in Queensland and Ben became a director of the Peanut Marketing Board (PMB – now known as the Peanut Company of Australia).

PMB started operations with a shelling machine in a small barn at Crawford, north of Kingaroy, owned by William Muir, the first secretary of the Board.

The operation later moved to the Kingaroy railway yards and then to PCA’s current location.

Initially there were two major production areas developed in Queensland – the Burnett and the Atherton Tableland regions – however peanuts are now also being grown successfully at Katherine in the Northern Territory and have been grown in the Ord River area of Western Australia. 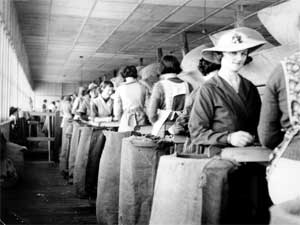 Peanut farmers photographed near Kingaroy in the 1920s. Most farms had very little mechanisation at that time 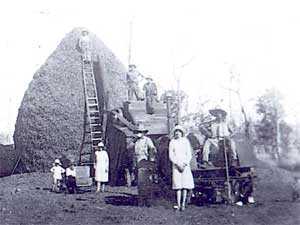 Sorting peanuts at the Peanut Marketing Board in the 1920s. The peanut industry still is a major employer in the area

Peanuts first grown in the South Burnett area of Queensland 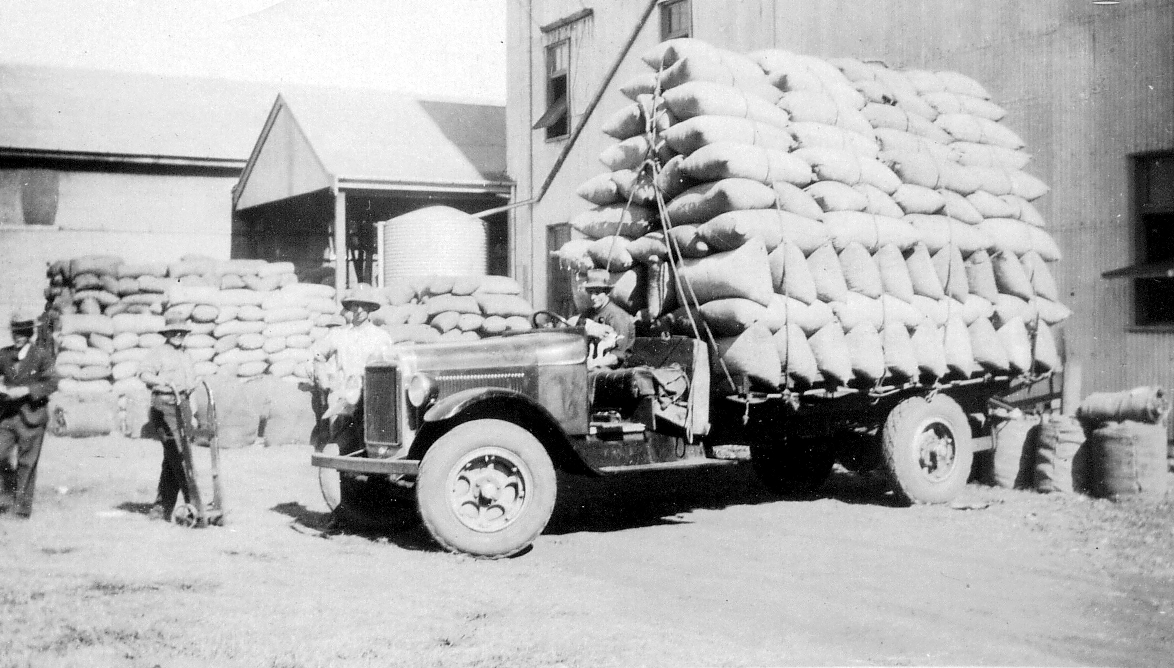 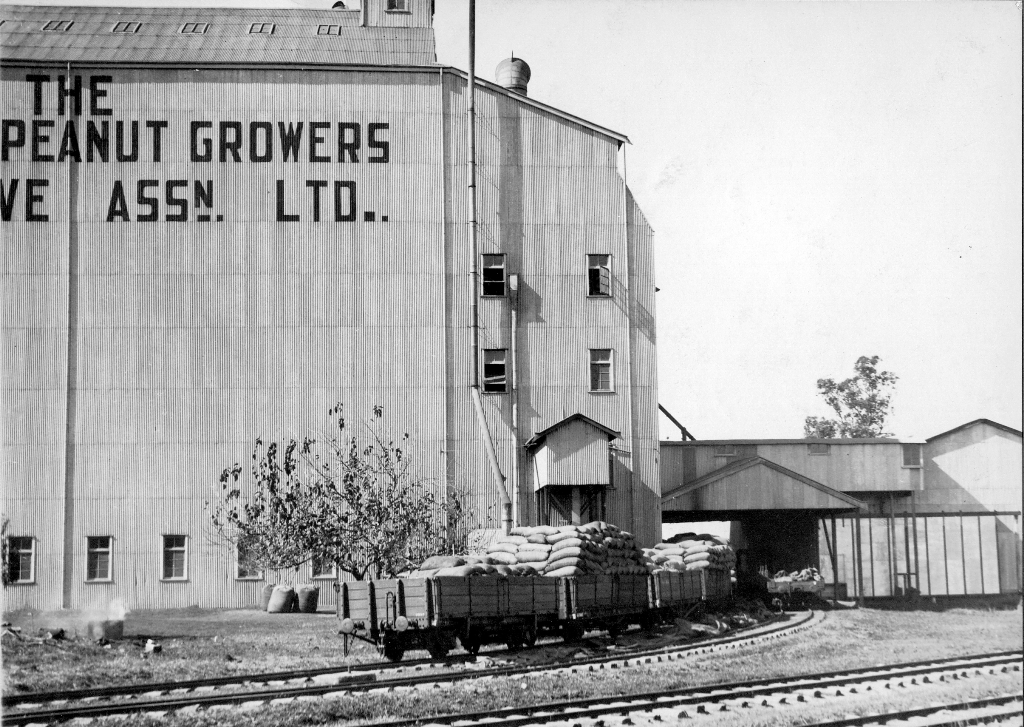 with W.M. Wheatley as chairman, at the request of Queensland growers to acquire the crop and market it on their behalf. First Crop of 231MT received with a selling value of approximately $21,000.

forms to assist with the handling, storage and marketing of the crop 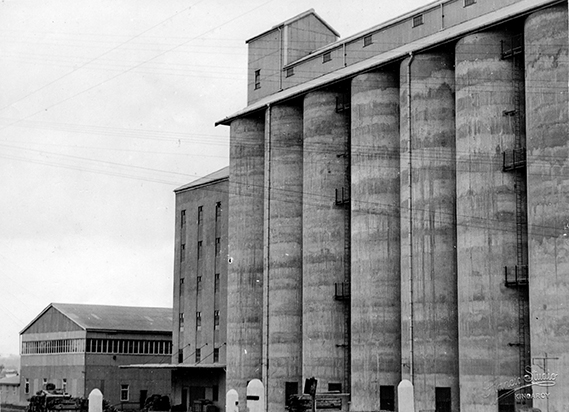 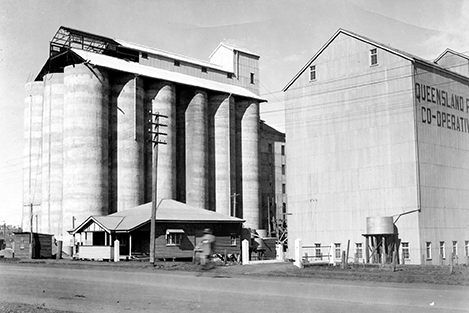 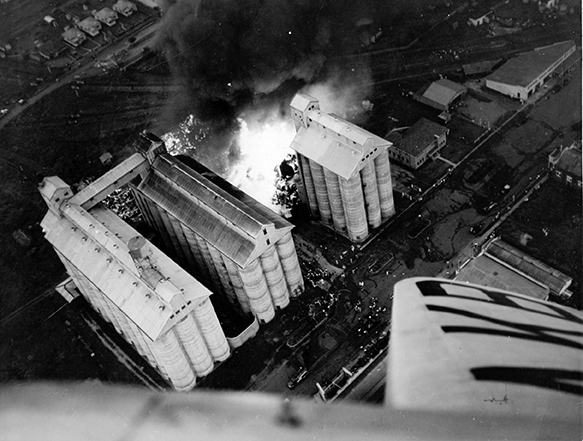 which started accidentally in the lunchroom!

Annual production of peanuts reaches in excess of 21,000 tonnes

however it was in 1979 the Australian peanut industry produced a mammoth 61,464 tonnes of peanuts!

from University of Florida by the Queensland DPI, and breeding activity commences with locally bred peanuts by Alan Cruickshank. 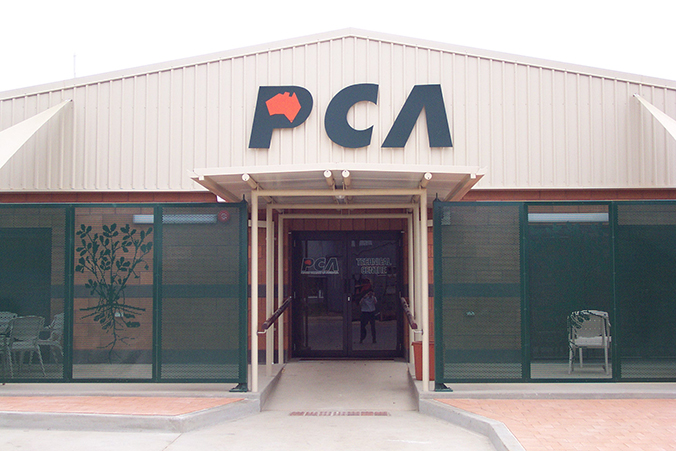 Transport by rail to Kingaroy stopped

and was replaced by road transport.

Irrigated production of the 'Runner' type

in the Northern Territory for additional winter peanut production

with all growing regions now including the Atherton Tableland near Cairns, Emerald in Central Queensland, Bundaberg and Childers, and in the South and Central Burnett regions west of Brisbane.

Hi Oleic: The Best Peanuts Yet

How Peanuts Are Grown